In 2010, Cardiff University, in partnership with Race Equality First, received an award from the Big Lottery Fund to design and deliver the All Wales Hate Crime Project. The primary aim of the research aspect of the programme was to generate robust data on both the nature of hate crime and hate-related incidents and the impact of that victimisation on individuals, their families and local communities. The study generated the most comprehensive dataset on hate crime victimisation in the UK, at the time of publication.

The research focuses on the five protected characteristics for hate crime recognised (at the time) by the Home Office: disability; race and ethnicity; religion and belief, sexual orientation and transgender status/gender identity.

We carried out two phases of research:

In total we interviewed over 60 victims of hate crime in Wales. The interviews provided the opportunity to give voice to victims’ experiences and opinions, and to highlight the nuances (including the intersectional nature) of individual identity and to gain a more detailed understanding of the complexity of hate crime.

One of the dominant themes to emerge from the research was hate crime impact and, in particular, the profound and wide-ranging effects that hate crime victimisation can have on victims, their families and local communities as a whole. The research team categorised the impacts into psychological and physical effects.

It is important to note that hate-related incidents of low level, persistent disorder had the most profound impact on victims. These incidents are characterised by repeated (sometimes daily) cases of being laughed at, shoved, ridiculed or harassed, and generally treated with intolerance and impatience on account of some aspect of their identity. As one interview participant revealed:

I would prefer someone to beat seven bells out of me and I can spend a couple of days in hospital than actually go through the daily rubbish that I’ve been through.

This research project achieved outstanding policy impact, and the findings formed the key source of evidence for the Welsh Government's Framework for Action on Tackling Hate Crime (2014). 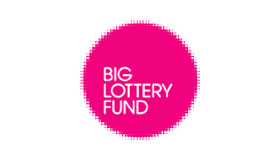 Work with westpoint on your next project

We look forward to discussing your research ideas and requirements.
GET IN TOUCH